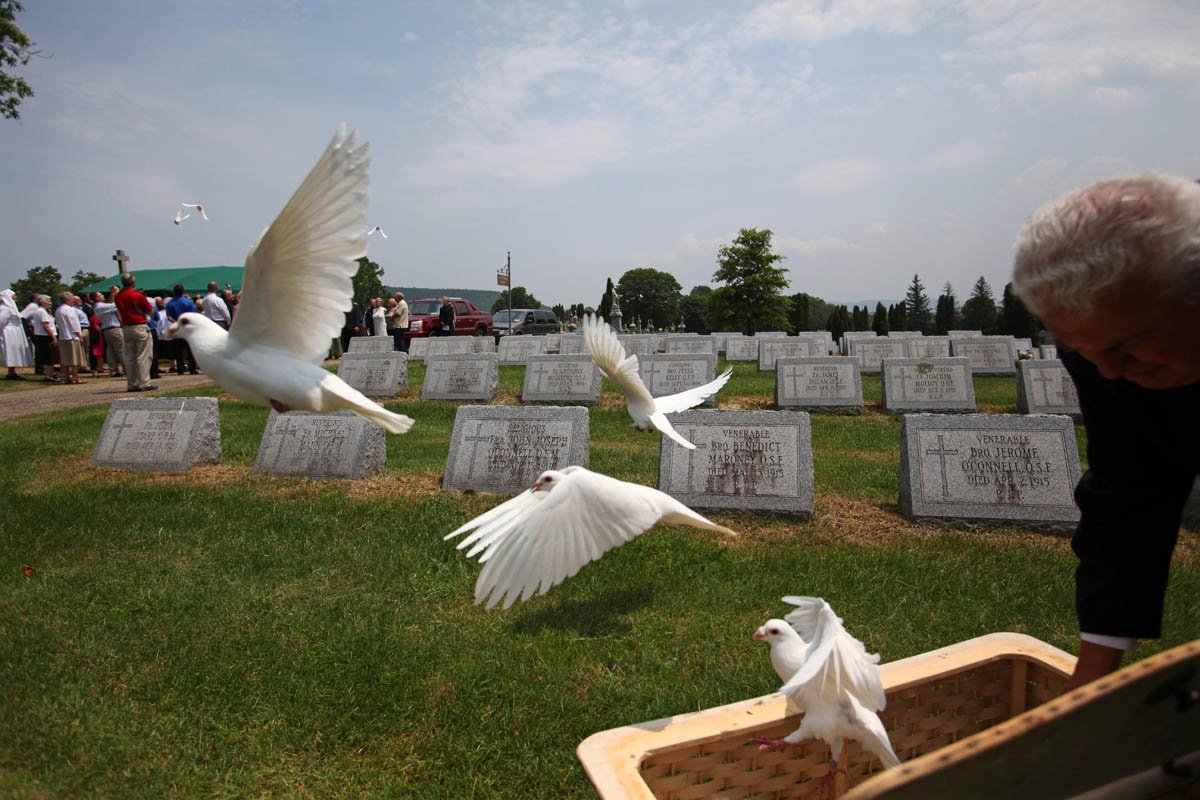 
The Commendation and Farewell memorial service was held fort 92 yr-old identical twin brothers Julian and Adrian Riester, who were professed as Franciscan friars in 1946 at the Bonaventure University Chapel.The burial service was held at the St Bonaventure Cemetery located near the campus. The brothers will be laid to rest in the area informally referred to as friar's hill. At the end of the service, birds were released by David Deitz (of Princess Doves in located in Allegany) He opens a basket containing the homing pigeons, and they fly out as the service ends.