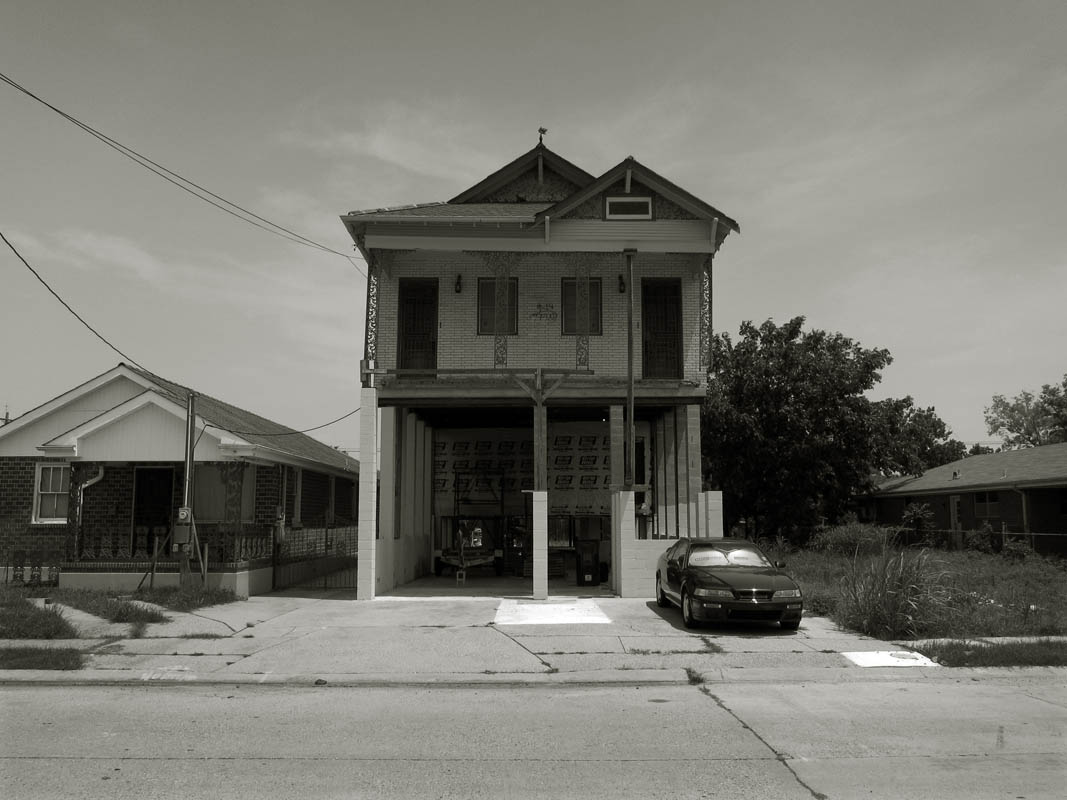 
In the process of being renovated, located along St Anthony Street in the 7th ward district, owner Juan LaBostrie said his father was born at this location and his grandfather was a brick mason, building the house piece by piece in the early 1040s. This house stood on six foot piers originally and In the recent renovations after Katrina, the house has been raised even more to go up another story. In the planning, he said, there was a miscalculation and the house was raised more than was planned. The surprise to the owner was that by doing so, his yearly flood insurance went from $1,100 to $300.