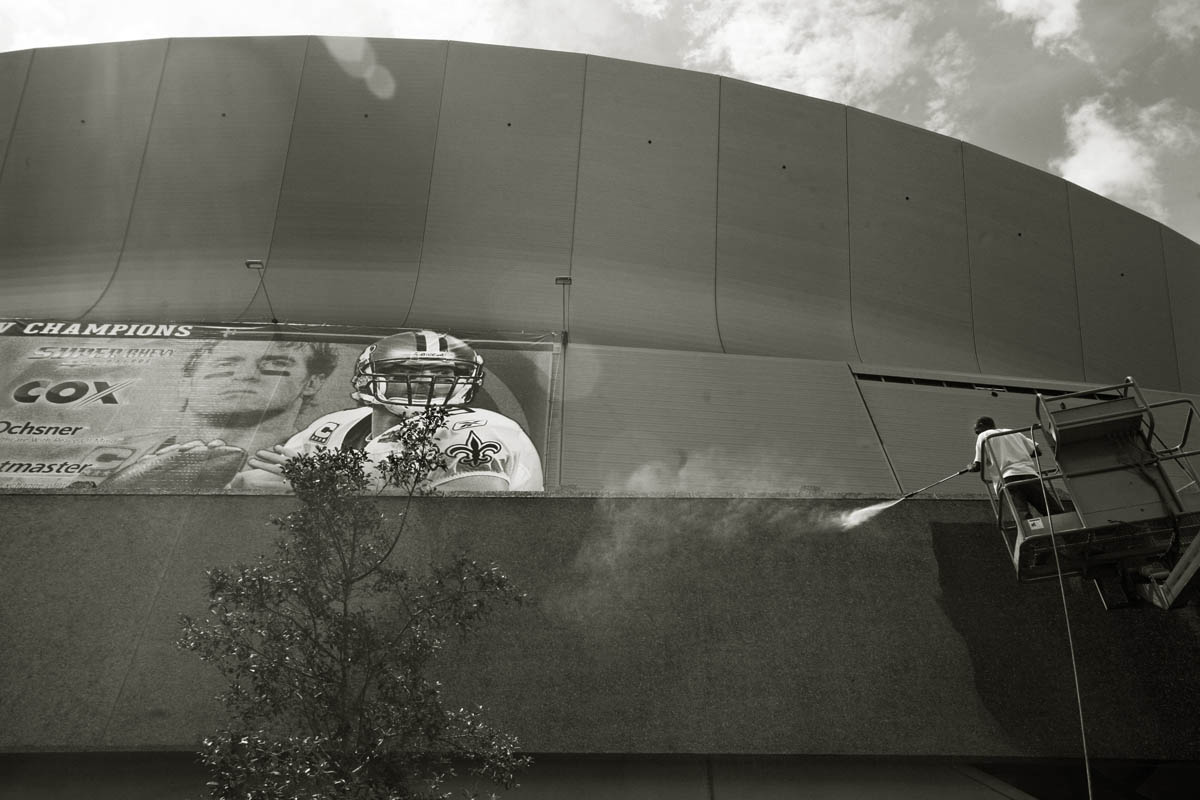 
The Superdome was symbolic as a refuge of suffering and misery and abandonment by the federal government as the disaster unfolded. And now it's home to the current Super Bowl Champions where the hometown team, the New Orleans Saints, won the deciding game, at home and are now the pride of the city. James Kirt, 58, works in the facility's maintenance department and was power washing the exterior in preparation for the upcoming season. Mr Kirt evacuated when Katrina was approaching. He lived in Texas and returned to New Orleans after one year.