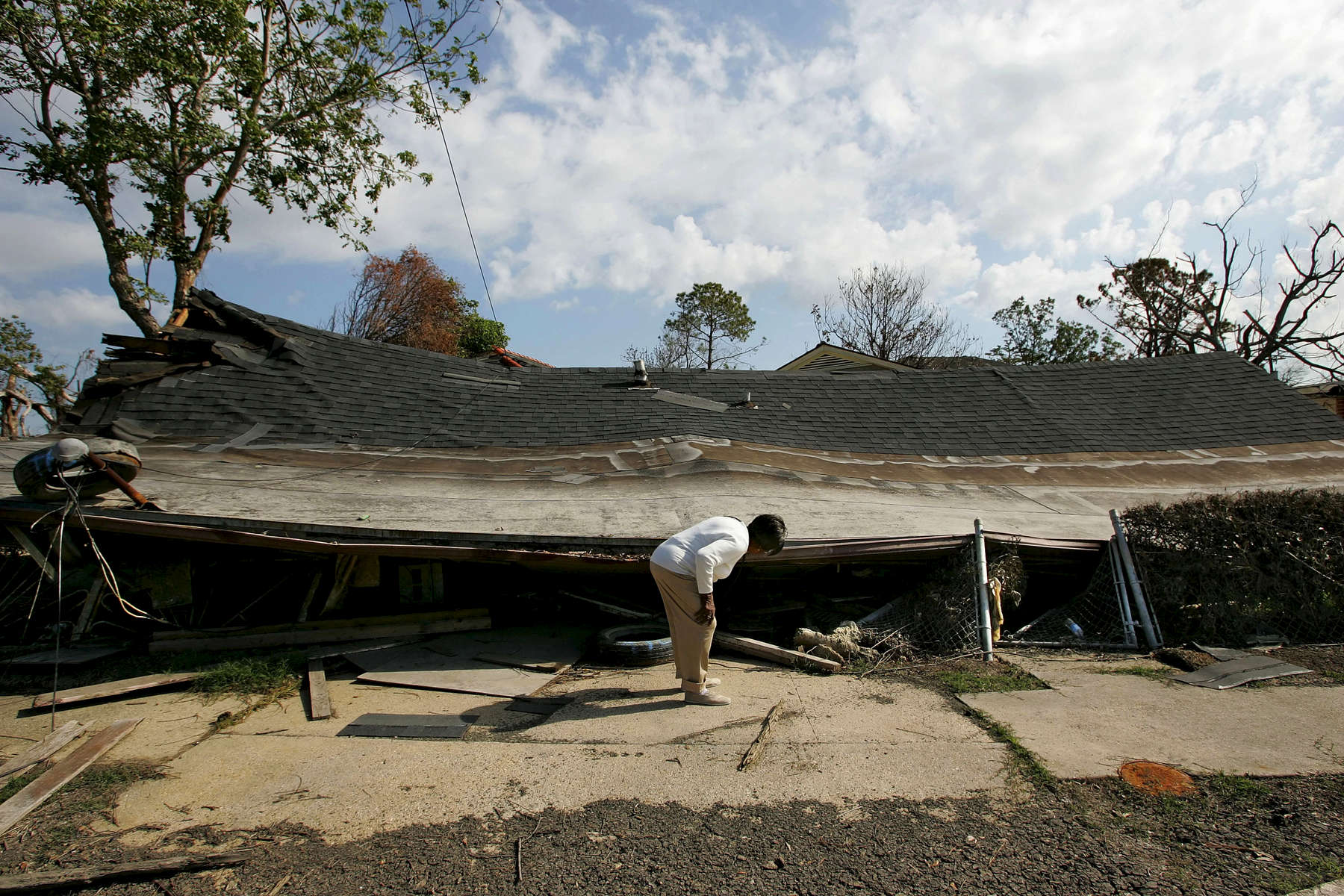 
20051201 New Orleans (NAT) 200506429 The Ninth Ward has opened to residents after being closed because of dangerous conditions due to the flooding after Hurricane Katrina. . Delery Street residents are allowed to come back to their homes to survey the damage. Josephine Butler, 83, whose house slid across Delery Street and landed on top of where a neighbor's home once stood. She had a large statue of an angel that she said "guarded" her house that once stood at the entrance to her home and has been broken off of its foundation. She was looking everywhere to see if she could find her angel, including bending over and trying to see it under the new roof to her home all that's left. Nicole Bengiveno/ New York Times